Geodes are geologic formations found throughout the world.  In the United States, the greatest concentration of these individual spheroids is to be found where the Midwestern states of Ohio, Michigan, Illinois, and Indiana come together. In simple terms, a geode is a round rock with an inside cavity lined with crystals of various colors, usually clear as in Quartz or purple as in Amethyst crystals. In formation, these spheroids are either sedimentary or volcanic (or igneous). 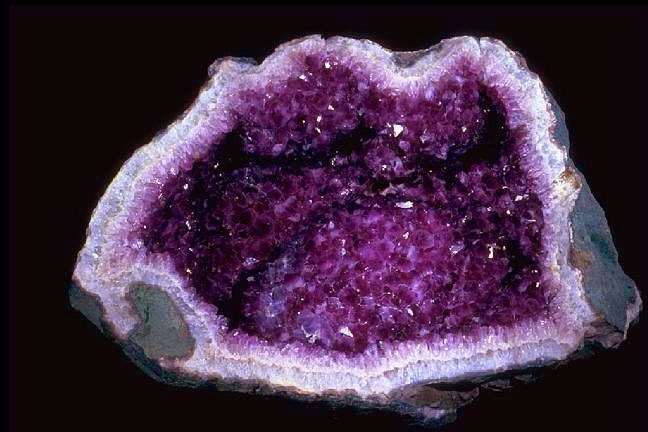 Under volcanic conditions, these rocks were made under tremendous pressure and heat, while sedimentary spheroids slowly formed layer by layer as different combinations of minerals built up a lining with differing colored crystals inside a round cavity.  After a period of time, ideal conditions created different crystalline structures lining the round cavity.