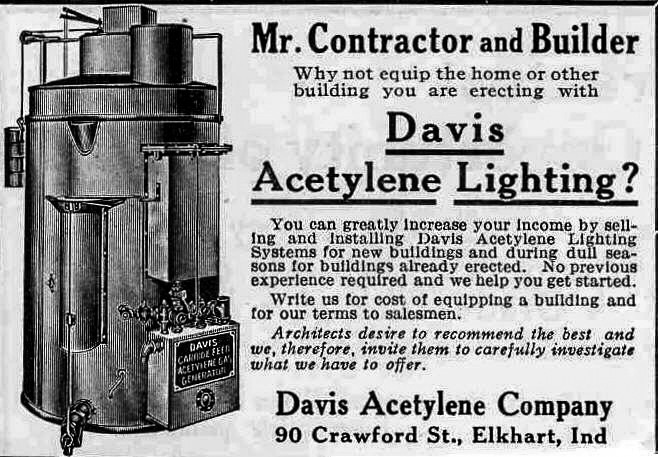 In the short period of time between kerosene or oil lamps and electricity, many cities, towns, and villages, hotels and  businesses throughout America relied upon the often dangerous acetylene gas generator.  Such also was the case for canal dredges and excavators running day and night, twenty-four hours a day.  The generators mixed calcium carbide and water, generating acetylene gas for lighting dredging work at night.

The several agreements between the State Legislature and the canal company set out strict completion dates. In the last agreement calling for completion by 1912, dredges worked night and day in various places throughout the length of the Florida peninsula, including the incorrigible Matanzas-Halifax river cut, now in its 30th year of dredging in hard rock. In November 1912, the state trustees delivered to the Florida canal company the 12th and last deed to public land, totaling over one million acres for dredging 268 miles of inland waterway, later to comprise the Atlantic Intracoastal Waterway.